Raava is the spirit of peace and light and, after fusing with Wan, the Avatar Spirit. She is one of the oldest known spirits, having existed over ten thousand lifetimes before the appearance of the first humans. She and Vaatu, the spirit of darkness and chaos, spent much of their existence combating each other, at least since the Harmonic Convergence in 19,829 BG, with neither able to fully vanquish the other. Even if Raava were to destroy Vaatu and usher in a new era of peace, what little darkness existed in Raava would magnify until Vaatu was reborn and burst forth, beginning the cycle again. The reverse would happen to Vaatu if he were victorious over Raava. 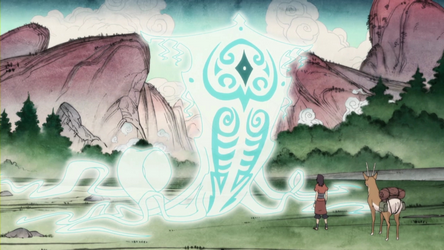 Background in Other MediaEdit

Retrieved from "https://naruto-bleach-korra-and-sonic.fandom.com/wiki/Raava?oldid=11328"
Community content is available under CC-BY-SA unless otherwise noted.